What is the top best fish to catch in Indonesia & Aceh as special fishing destination and one of the best fishing spot in Indonesia! The anglers both in Aceh & Indonesia generally are certainly very enthusiastic about the target of fish to be catching. When we discuss about fishing, whether it’s in the deep open sea or off shore saltwater fishing, near the beach or in the river of other freshwater fishing, of course this becomes a big stage. Choosing the fishing tackles, determine fishing spots and the fishing targets. In the off shore and rivers in Aceh has many species of fish that are often as target fish to catch by many anglers. Fish with a great fight will make the fishing experience memorable and addictive. Besides, it is not only the sensation of catching best fish or when the fish get hook up that makes them so crave fishing experience. Some anglers or fisherman also looking for fish to eat their delicious meat. Here are some of the best fish to catch in Indonesia and Aceh as special fishing destination, find out below the most targeted fish in Aceh & Indonesia:

Marlin or Swordfish has long been the target of fish during saltwater fishing by anglers off shore. Marlin fish is one of the very strong fish, fastest and large. Marlin is also sometimes considered a species of fish that is difficult to catch. This marlin species has several types such as Stripe Marlin, Black Marlin and Blue Marlin. This tough fish to catch is one of the biggest challenge for the professional anglers. This fish can be found in several fishing spot in Aceh.

You want to fish the monster predators in Aceh, you can book the Aceh fishing charters with us:

Sailfish is another best fish to catch that targeted by heavy fishing anglers in Aceh & Indonesia. The fish with different characteristics become one of the favorite fish targets among anglers. This saltwater fish plays like an acrobat and jump up over the surface of the water during a fight with their perfect and spectacular fighting abilities. This fish has a high speed of around 110 kilometers per hour. For fishing, you can use artificial bait such as spoon baits or feather. You can also catch it by live bait. These fish really like to jump up the surface and make them of the best fish to catch. Your reel will scream out loudly if your strip bait hook up by this fish. Although this fish is smaller than a marlin, it is very satisfying when fighting. Besides, this Sailfish has been recognized as a strong top predator (Apex Predator) and one of the fastest fish in the sea.

You want to fish the monster predators in Weh Island, you can book the Weh Island fishing charters with us:

One of the world’s top fish to catch is tuna. There are several kinds of tuna. In Aceh Indonesia itself there are Yellowfin Tuna, Dogtooth Tuna & Bigeye Tuna which are fish with fierce resistance. When your bait is hook up, this tuna quickly runs into the depths and your reel will scream out. Sometimes you need more time up to half an hour to fight with this fish. This fish will have strong resistance and often dubbed the hard fighter fish. You will be made by them a bit sweat to land it in the boat. This fish is one of the favorite fish target of almost big game fish anglers. In the Indian Ocean off the coast of Aceh, you can catch these predatory fish.

Giant Trevally or also often called GT is the biggest fish of the jack species family. To catch the GT, you must ensure that your fishing equipment is in good condition if you don’t want it broken. You can catch the GT by Popping and also jigging technic. There are at least 25 types of trevally, but GT is the strongest among them. Not because of its large size but this fish is able to survive and fight. In Aceh itself there are some special spots for catching this fish with certain time.

Mahi-mahi or also known Dorado and Dolphinfish are widely known among anglers who make this fish one of the most sought after fish by anglers in the world and also in Indonesia. This pelagic fish has a beautiful color and one of the fish with an incredible speed of 80 kilometers per hour. This fish also jump up to the surface of water to escape the hook from its mouth. With a quick pull of the line will make you a little overwhelmed in fighting.

This King Mackerel is considered one of the fastest fish in the sea. With a slim body like a torpedo makes this fish can swim quickly. This fish has a speed of 80 kilometers per hour. If your bait is hook up by this fish, within seconds the line will quickly pull out of the reel. These fish live in the spots near shipwrecks and coral reefs where there are abundant small fish for their food. This fish is sometimes also found jumping up to escape from the hook as well as marlin and sailfish does.

Amberjack is a large sized of jack family fish. This fish is the target of game fishing and the most south after fish by anglers. When this fish hooked up it will at lightning speed run away and often run a depth into the bottom. This fish is different from marlin and sailfish that jump up over the surface to escape from the hook, this fish actually run to the sea bottom till to the reefs or rock layers. If you catch Amberjack, make sure your shock leader is good quality and you should be able to stop it at the time. If not, often the PE braid line breaks. Amberjack has great durability of fight and resistance. Sometimes it can take an hour of fighting.

Giant Grouper can be found in Aceh waters in particular and Indonesian waters in general. But not all fishing spots in Indonesia have this fish. In America itself, this fish is protected and for anglers only can catch and release and this only for the sensation of the fight with the fish. This Giant Grouper is large fish. In Aceh itself there are several grouper fishing spots. According to our team experience, the weight of this fish in Aceh is not like in America which reached 400kg, while in Aceh only 30-100kg. This fish is not too fast but it has a very strong resistance.

Ruby Snapper is a type of red snapper that is a deep sea dweller. This fish lives around the reefs, rocks formation, wrecks and oil platform in deep waters. In Indonesia there are many spots for fishing this fish. In Aceh, the spots spread out in Sabang Pulau Weh Island, West of Aceh, Aceh Island, Aceh Singkil, Pulau Banyak, Simeulue, West Aceh, Indian Ocean, some of Andaman Sea part of Aceh and many more. Ruby Snapper is one of the best fish to catch in Aceh and Indonesia with the sensation of extraordinary fight against this monster in the off shore. To catch Ruby Snapper, you can use the jig lure with the vertical jigging technic or slow picth jigging. This fish has sharp teeth, so you have to use a good leader of fluorocarbon that is a bit thick 80-100lbs. the thrill of catching this fish is incredible. As it known, this fish is live in the deep sea and if you get long fight, the possibility of several large predators such as Sharks and Barracuda to Giant Grouper are hiding out nearby and grabbed your fish. If you don’t want this fish when landed to the boat only left a head.

Barramundi are often become of one the fishing targeted fish. Barramundi can be recognized by the pointed head, concave forehead, large jaw and elongated body with white color and slightly brownish fins. Barramundi has a size up to a weight of 20kg and can be reached 1 meter long. Barramundi is a solitary fish species or can change a sex. Barramundi fishing is usually best in the morning or evening. Tidal estuaries are home to large Barramundi dwellers. If in freshwater there are many smaller Barramundi inhabited. This fish will make an extraordinary fishing experience.

Mahseer fish is a freshwater fish which is the king of river in a fast flowing river. This fish has for types and all four types are found in Indonesia. In Aceh itself there are 3 types of the fish can be found. This is one of the best freshwater fish to catch for those who love to fish in river or freshwater. If you are fishing with modern fishing equipment, this fish reacts strongly to the minnow lure, spoon and crankbait.

If you want to feel the power of snake head which is a freshwater predatory fish you will definitely be addicted. This fish has many types. In Indonesia, this Channa fish has many local name or in Malaysia called Toman fish.

Thank you for reading our article about Best Fish to Catch in Indonesia & Aceh – Top Fishing Target in Saltwater & Freshwater. We will update the tips and tricks on how to catch Tuna, Ruby Snapper, Barramundi, Mahseer, Marlin and others. Have a great fishing. 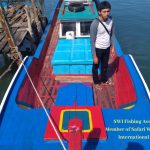 Our friend in the boat trying to fish a dogtooth b 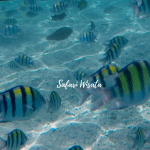 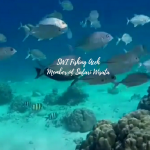 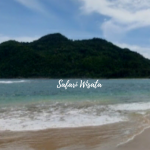